Don’t Fear the Creatures of the Night

“There is something haunting in the light of the moon.” 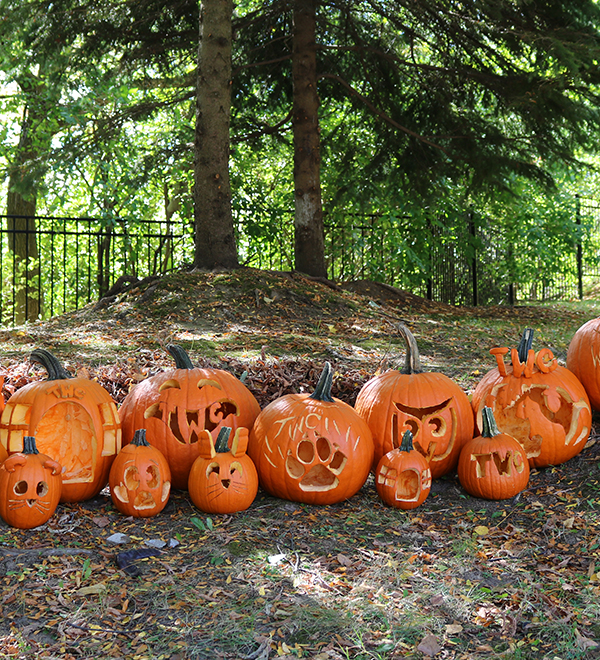 Halloween conjures up images of wild species associated with darkness – from wolves and coyotes, to bats, owls and snakes – humans have created mythology around particular animals, rousing mystery and fear. But are these species that are integral to #BackyardBiodiversity really as scary as they seem?

Snakes are one of the most commonly feared creatures and some research suggests this phobia may be ingrained in us as part of our evolution – a defence mechanism to protect us from a deadly bite. On the other hand, fear of snakes can be learned and reinforced through observing the reactions of our peers, as well as through stories and movies – who wouldn’t be frightened of Voldemort’s homicidal 12-foot snake Nagini, or hundreds of blood-thirsty snakes on a plane? 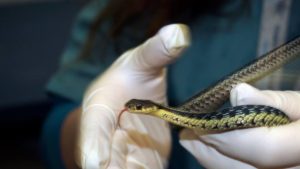 This little garter snake was overwintered at TWC a few years ago after being found outside on a cold November day. This species is common to backyards and like all snakes in the Greater Toronto Area, is not venomous.

A main goal of the #BackyardBiodiversity campaign – a joint effort between Toronto Wildlife Centre (TWC) and Local Enhancement and Appreciation of Forests (LEAF) – is to help people appreciate and better understand the natural behaviours of our wild neighbours. Horror movies can give us a good fright, but in real life, snakes don’t go on murderous rampages, so you can check your fear at the theatre door. Snakes in the Greater Toronto Area are not venomous; in fact, there is only one venomous snake in Ontario – the Massassauga Rattlesnake – found primarily along the eastern side of Georgian Bay and on the Bruce Peninsula. Sadly, their population is listed as threatened due to persecution by humans, mortality on roads, and loss of habitats. Like other snakes, the Massassauga is shy and would rather avoid interactions with people. Fear of this species causes them to be killed unnecessarily even though no one has died from a Massassauga bite in Ontario in more than 50 years! 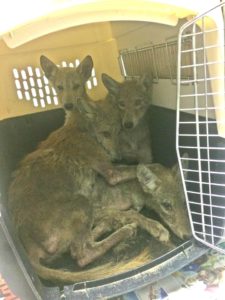 TWC regularly admits coyotes and foxes suffering from mange, a parasite that causes them to lose their fur and become very sick. This family of pups was admitted in 2017, scared and exhausted after being captured by TWC’s Rescue team.

You might hear a few howls from werewolves wandering the streets on October 31st, or you might be fortunate enough to hear their real-life counterparts – the Eastern coyote! Coyotes have healthy populations in urban areas, travelling through ravines, parks and train corridors and neighbourhoods.

While many people are wary of coyotes, there is really no need to fear them – they are typically elusive and timid around people and while spotting a coyote several metres away is common, bites and scratches on humans are extremely rare.  If you encounter a coyote in a place where it shouldn’t be (e.g. your backyard), make lots of noise, yell and wave your arms – coyotes will almost always run away and you will reinforce that your yard is not a good place to hang out. 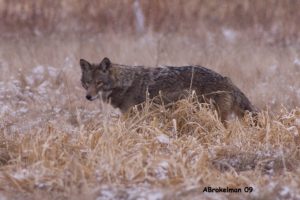 Photo by Ann Brokelman. Hear coyotes yipping? These amazing vocalizations do not mean that they are busy killing their prey (how can they talk with their mouth full?); in fact, these sounds could indicate that they are greeting one another, defending their territory, or warning one another of a nearby danger.

It’s important to respect them as they are an important part of the ecosystem helping to control prey species populations including rodents – a main component of their diet. It’s important to note that coyotes can’t differentiate between wild and domestic prey, so cats and small dogs left unattended can be at risk. If you’re in coyote territory, be sure to keep pets indoors, safely confined outdoors or walk them on a short leash (yes, cats too!).

Myths and misconceptions abound when it comes to bats. Hollywood has often painted these gentle and elusive creatures as aggressive, blood-thirsty animals that roost in the homes of the most dangerous vampires. 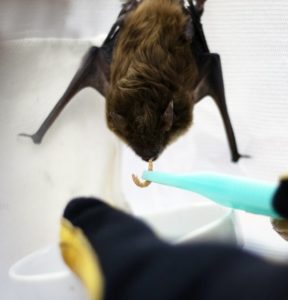 This big brown bat patient is being hand fed a mealworm at TWC; bats in the wild can feast on thousands of insects in a single night!

In real life, bats are interesting and nonthreatening creatures. These unique flying mammals are often thought of as similar to rodents, but they’re actually not related at all. Bats belong to the order Chiroptera which is made up of approximately 1400 different types of bats! Unlike rodents, they typically only have 1-2 babies per year and they are long-lived mammals; the oldest recorded little brown bat in Ontario was over 30 years old! Ontario’s bat species are at risk due to disease (white nose syndrome in little brown bats), habitat loss and persecution. TWC admits dozens of bats throughout the fall and winter that are found outside their hibernaculum – caves, crevices and sometimes human structures.

So if our favourite scary wild creatures aren’t that scary after all – what should we be frightened of this Halloween? If you give a hoot about wildlife – it’s best to adopt a few of these practices to make our neighbourhoods less scary for our wild neighbours.

Are you making your house the creepiest it can be to entertain the “boils and ghouls”? Keep in mind that decorations can be more than scary – they can be dangerous. 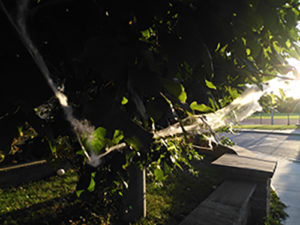 Artificial cobwebs are one of the biggest threats, entangling wings and legs of birds and small mammals as they climb or fly through trees, leading to serious injury.

When decorating, try to avoid using any string like material or netting. To ensure trees are not damaged, never use nails and take decorations down quickly to avoid restricting growth of limbs and branches. 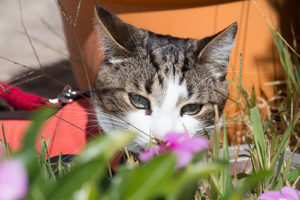 Photograph by Ann Brokelman. Keeping cats inside, or enclosed in a “catio” or on leash while outdoors will ensure that our feathered friends stay safe, as well as your cat.

We’ve all heard that it’s best to keep your cats, especially black ones, indoors on Halloween but this is a great practice to adopt year-round. It’s estimated that cats are responsible for billions of bird deaths across North America every year.

Halloween provides great ways to keep birds safe in another way – decorating windows! From cut-outs of witches to pumpkins to ghosts, these decals on the outside of windows create a visual barrier, helping to prevent bird strikes. 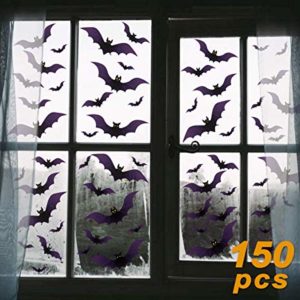 Keep up the good work past Halloween and change your window decals with the season to stay festive. The best visual barriers are ones that are close together limiting big gaps on windows. Check out our friends at FLAP to learn more!

As for those not-so-scary animals after all, why not make your yard the best it can be for bats, snakes and coyotes? Bats benefit from bat houses, and snakes enjoy gardens with lots of shrubs, rocks and log piles to hide under. If you are lucky enough to live in an area with coyotes, be sure to secure all food and never feed them; any kind of food source will attract a variety of wild species, not just the ones you hope to target (e.g. bird feeders). Planting native gardens is a great way to provide a natural food source and beautify your backyard.

As you hoot and howl at the light of the moon this Halloween, keep our wild neighbours in mind and do your best to keep them safe! To learn more about protecting and supporting #BackyardBiodiversity visit our websites at LEAF and TWC!