Making the Most of #BackyardBiodiversity Before the Summer Season “Flies By”

Our flighted friends will soon be leaving our backyards to head to their wintering grounds. Beneficial pollinators will prepare for hibernation. Give them a good reason to come back to your yard next year – late summer and early fall can be a great time to plant since cooler temperatures can be better for root development. LEAF can help you find the best type of plant, shrub or tree for your space!

Native shrubs such as common ninebark and black chokeberry that are planted in the fall have time to establish their root system before the spring growing season starts.

Perennial plants and shrubs are not only great for the birds and the bees during the summer – they also provide important space for insect hibernation in fall and winter. So while you may be tempted to remove plant stems and dead branches after the blooms fall, consider leaving them standing – especially hollow stalks that provide the perfect winter home for many different species.

If you are doing some light trimming of shrubs and trees, Toronto Wildlife Centre (TWC) could benefit from your cuttings! Cedar, maple and birch branches are often used in patient enclosures, as well as branches from fruit-bearing shrubs and trees. Acorns are also a great treat for patients! These items provide enrichment, nutrition and natural spaces to hide for wild birds that are recovering from life-threatening illness or injury. 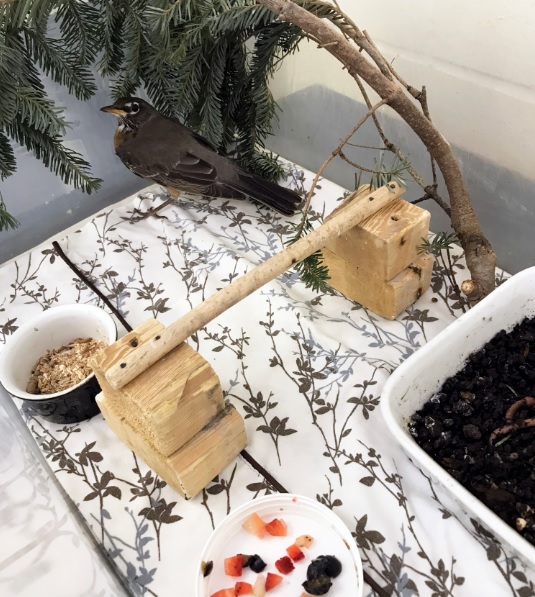 This American robin was admitted to TWC earlier this year suffering from osteomylitis – a bone infection that was affecting his flight. This bird was in care for 52 days during which time many fresh branches were needed to enrich his enclosure.

TWC admits thousands of sick, injured and orphaned birds every year. Hundreds of migratory songbirds will require treatment over the next few months – injured as a result of colliding with a window as they pass through cities and suburbs on the way to their southern wintering grounds. The ones arriving at TWC will be the lucky ones as they will be given medical care to help them recover. Tragically, many thousands more will be fatally injured and not receive that opportunity.

Now is the perfect time to make your glass surfaces safer for birds. To save bird lives, check out the Fatal Light Awareness Program (FLAP) – they offer a wide variety of solutions to reduce the risk of bird strikes.

In addition to windows, other glass surfaces such as balconies pose a real threat to birds, especially when plants, which appear to be out in the open, are situated behind glass.

Over the next few weeks, TWC staff and volunteers will once again be busy tending to the needs of dozens of wild babies. Squirrels commonly have 2 litters – one in spring and another in late summer/fall. Some squirrel babies become orphaned, often as a result of trapping and relocating a mother that has taken up residence in an attic, shed or garage. Sadly, the babies are typically not discovered until well after the mother has been moved to a new location, making reuniting them next to impossible. 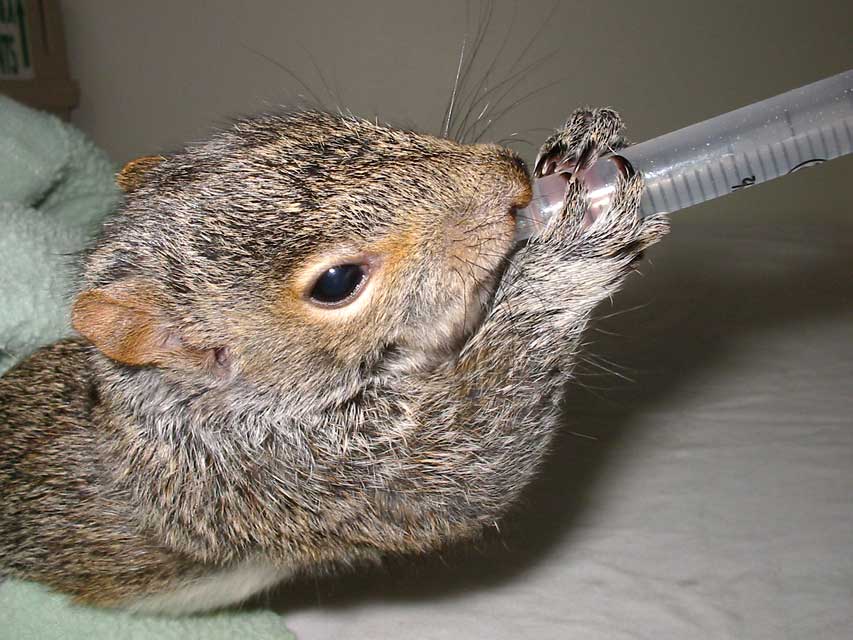 Baby Eastern gray squirrels admitted to TWC must be hand-fed a specially made formula, that meets their dietary needs, up to 5 times a day!

If squirrels have opted to make your house their home, visit TWC’s website to find humane ways to handle the situation and keep wild families together. And why not provide some natural habitat for your neighbourhood squirrels by planting a new tree this fall? Large shade trees such as oak and maple are favourites of this species – one tree can support several nests and will provide a more appropriate living space than your attic! 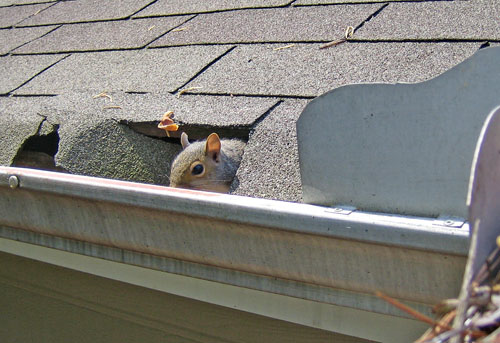 Many people remove squirrels and other wildlife from homes without addressing the root cause of the problem – a rotten roof and /or open access points, only inviting more wild visitors to take advantage of the space in the future.

We’ve offered a few suggestions for supporting #BackyardBiodiversity during late summer and fall, but we also want to hear what YOU are doing to support local flora and fauna! Is your milkweed patch supporting an abundance of monarchs? Have you planted a new tree, or installed a bird house, or helped a snapping turtle cross the road? Share your story on social media and tag it with #myBackyardBiodiversity to inspire others to take action!