If you could have any superpower, what would it be? While invisibility and mind-reading are top contenders, many people choose flight as their coveted power – is that any surprise? 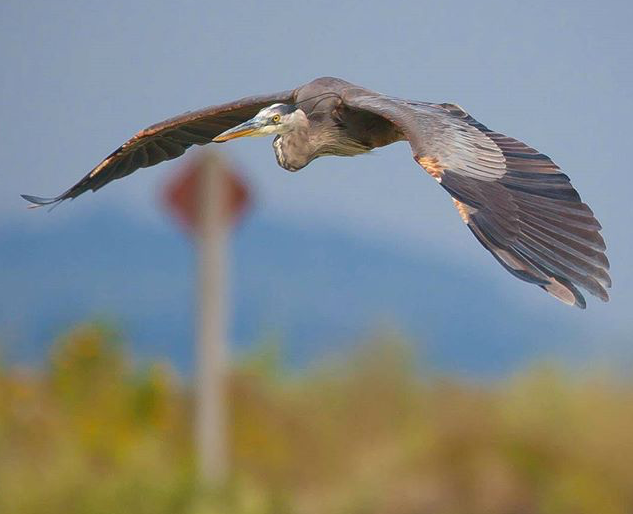 A great blue heron soars through the sky, giving us a clear view of its primary and secondary feathers.

How incredible would be it be to fly, seemingly weightless, through the sky?! As hard as humans may try – from airplanes to hang gliders – no one can master soaring through the air quite like our feathered friends! All around the world, birds use their specialized flight abilities to accomplish incredible feats. Flight is vital to most bird species – from peregrine falcons who can dive up to speeds of 320 kilometres per hour to catch unsuspecting prey, to long-distance travellers like double-crested cormorants who migrate from Ontario down to the Southern states and Mexico every winter.

What enables these intriguing animals to soar through the skies? Although there are many factors involved in the ability to fly, lets look at a major one: feathers!

Feathers are finely tuned structures that, thanks to their intricate components, create aerodynamic wings on each side of the body. What is most important to a bird’s capacity to fly are two sets of feathers on each wing called primary and secondary feathers. 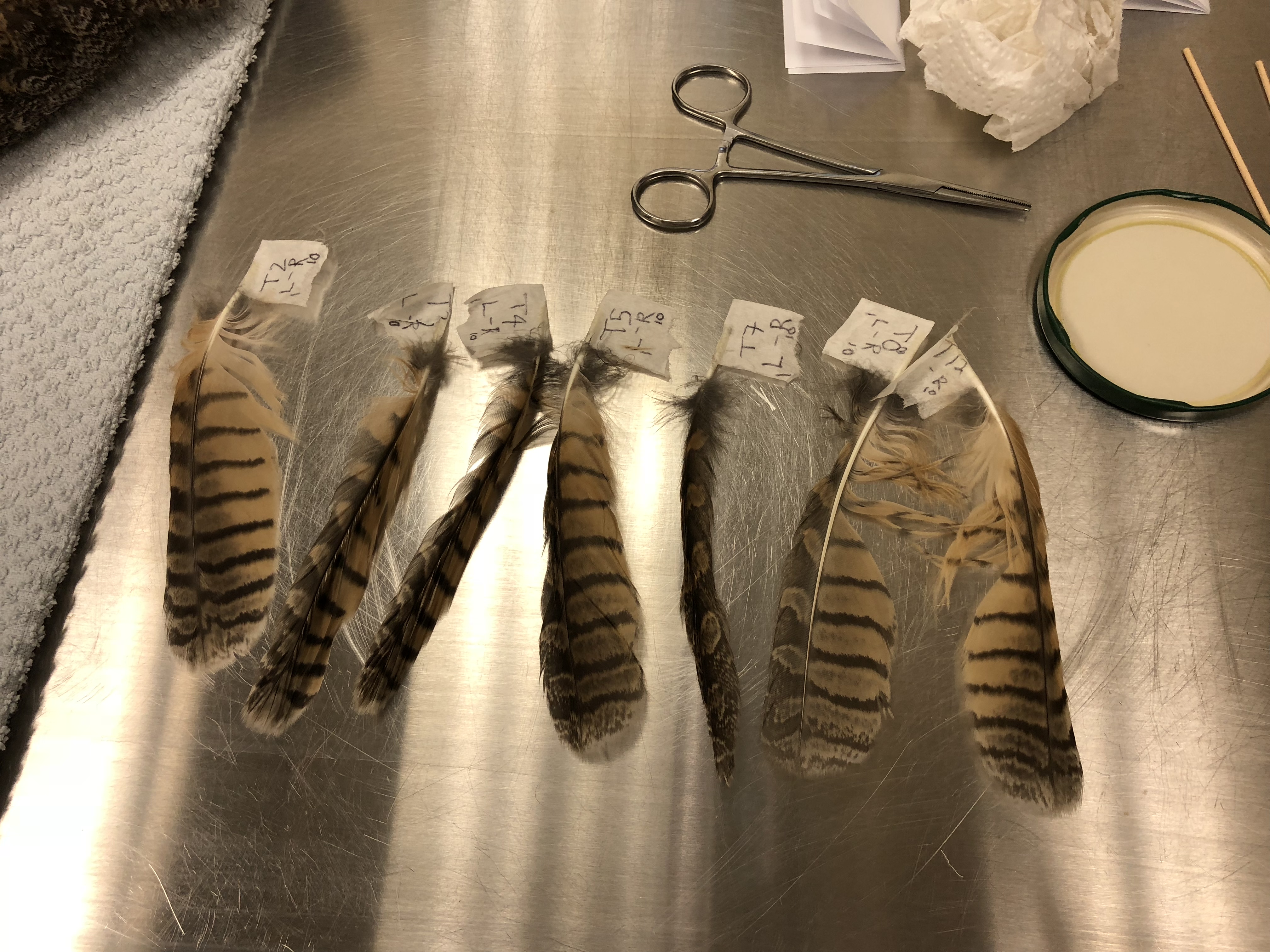 Primary (or primaries) and secondary feathers are different from other feathers on the body. These wing feathers have unique asymmetrical shapes with a shorter, less flexible side that prevents them from twisting around when in flight. Unlike other feathers covering the body, the primaries are anchored to the bone by a piece of ligament, allowing them to be precisely positioned during the demands of flight. Long story short, this isn’t your average fluff!

Clearly these feathers are important for birds… but what happens when one, or more, of these important feathers are damaged? This is what happened to the long-eared owl who came to our hospital after he was found in a parking lot at Pearson International Airport. In addition to eye ulcers and bruising on his wing, this bird had 17 damaged flight feathers… and was unable to fly. 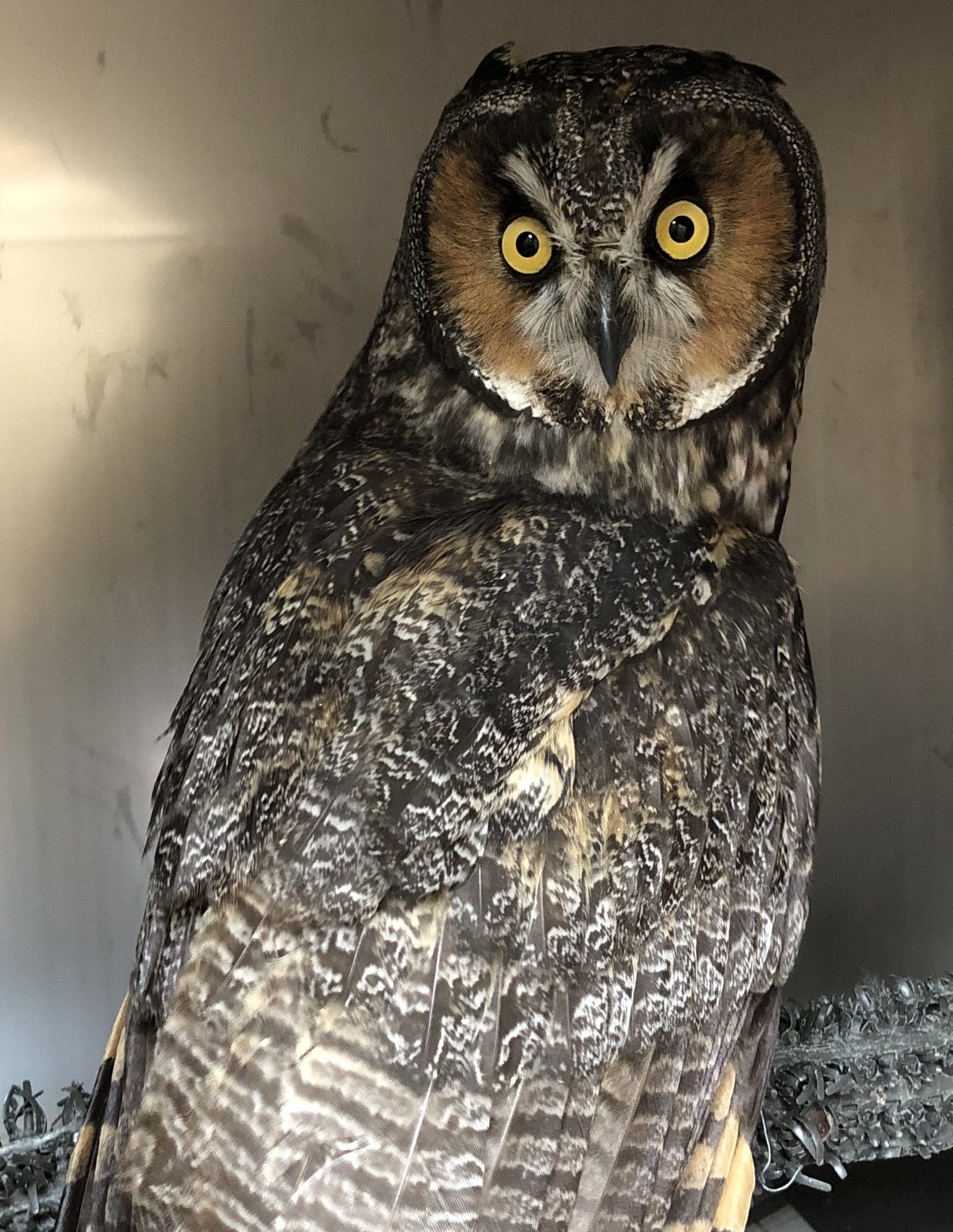 This long-eared owl was found unable to fly in an airport parking lot – staff at TWC found 17 damaged flight feathers.

Most birds of prey molt (shed feathers in preparation for new ones) only once a year – so instead of keeping this bird in care for a potentially long period of time waiting for regrowth, TWC decided to imp the feathers (short for feather implant).

Sometimes when a bird doesn’t make it, TWC will store the wing and tail feathers – paying special attention to the species, sex, approximate age, side of body, and exact location of each feather. All this information is carefully stored until they can be used on a bird in need – just like the poor long-eared owl.

Staff went into TWC’s feather bank and were able to find the exact same 17 feathers he needed. The damaged feathers were then cut, removing the damaged part while keeping the base intact, and the new feather was cut at the same spot. The shaft of feathers are hollow, so a smaller piece of material was inserted in both the new and old feather shafts, joining the two together at the exact angle necessary for flight. The site was then sealed with an epoxy adhesive – ensuring the feather stays in place even while in flight! Then come molting season, the imped feather will shed, just like the rest, leaving room for natural regrowth! 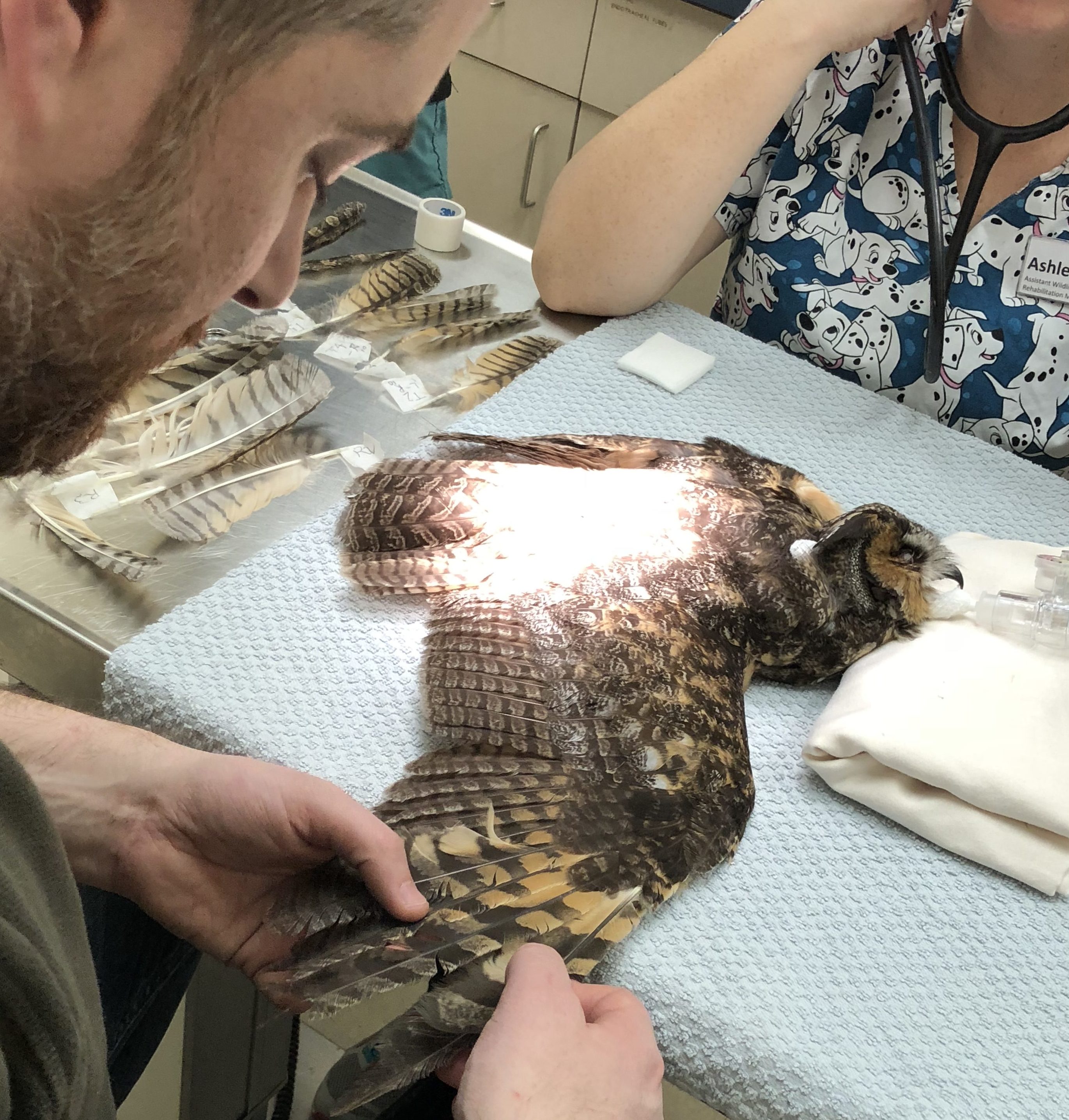 The long-eared owl has his wing examined after feather imping.

The owl’s wing was then carefully examined to ensure each specific feather lined up, as even the slightest imperfection can prevent a bird from flying properly! Once well rested, the bird will be test-flown to ensure the feathers are functioning well.

An incredible amount of effort goes into repairing damaged flight feathers at TWC, although some of this information may have just flown over your head (ha!). But there’s nothing everyone here at TWC loves more than seeing an animal in the wild doing what they do best – and in this case that’s flying!