Groundhogs burrowing in your yard 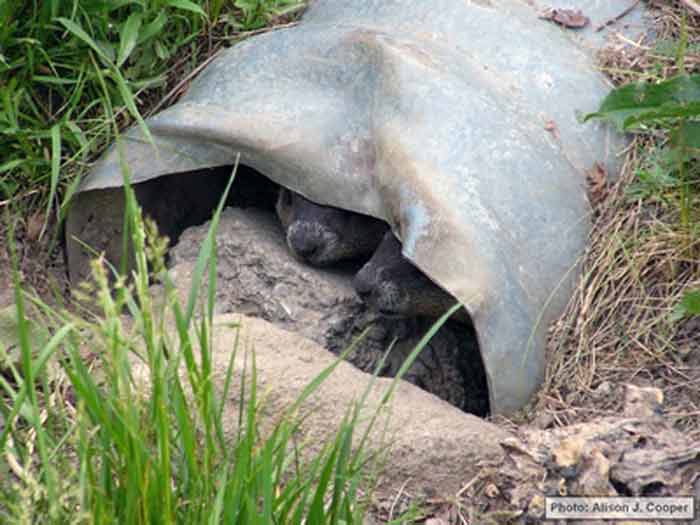 It is common for groundhogs to build burrow systems in urban and suburban backyards. They spend a fair amount of time underground, and even raise their young in burrows. They usually do not cause any significant damage with their tunneling and in many cases the best thing to do is leave them be.

If there is concern that a particular burrow is weakening the foundation of a shed or walkway, the opening can be sealed to prevent access at the vulnerable point, however this will not eliminate the burrow system. Groundhogs have complex burrows with multiple openings.

If the burrow is occupied, you can encourage the groundhogs to either move on or use another burrow entrance by placing the following items near the hole:

Tune the radio to an all-talk station-the sound of human voices is threatening to groundhogs. The radio should be as loud as possible, but does not have to be so loud that it keeps you or your neighbours awake.

Wild animals often use urine to mark their territories. Groundhogs are threatened by the smell of another animal’s urine outside their den. Place rags or cat litter soaked in urine near the entrance to the den, and replenish it daily. Alternatively, you may use a rag soaked in ammonia. The rags should be placed in a plastic bag punched with small holes to allow the smell to escape (this barrier not only helps to keep the rags from drying out but limits the animals’ direct exposure to ammonia, which can be toxic).

You may also want to dig out the den entrance a little bit, to give the groundhogs the impression that the den has been disturbed.

Make sure the groundhogs are gone before sealing the holes

Continue these harassment techniques for several days in a row, then perform the paper test to make sure the hole is no longer being used:

One exception to this rule would be in sealing holes during the winter (November-March) that might be occupied by hibernating groundhogs. To be safe it is best not to seal any ground burrows during the winter months, since a number of ground-dwelling animals hibernate during that time.

Never relocate groundhogs as this is harmful to the animals and does not address the source of the problem.