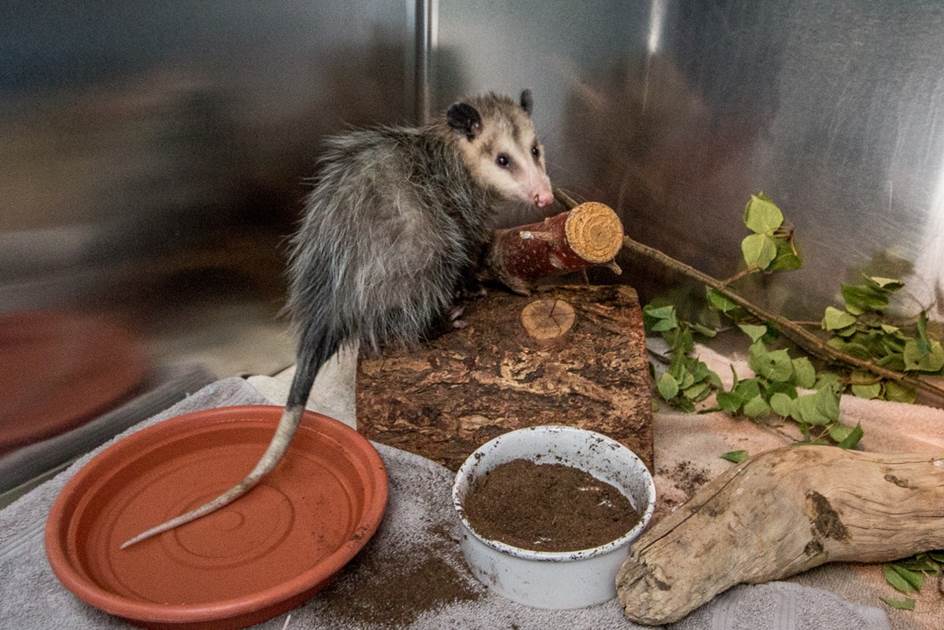 The Alberta Institute for Wildlife Conservation (AIWC) in Calgary admitted a Virginia opossum to their wildlife hospital on September 19th. Why? He was found stowed away on a truck carrying goods from Brampton, Ontario, and survived the trip all the way to Calgary, Alberta. When the opossum was found he was thin and dehydrated, but miraculously still alive.

After being provided with medical care at AIWC, arrangements were made to fly the opossum back to his home in Brampton. Besides the fact that Virginia opossums are not found in Calgary, wild animals should always be released back to their home territory as quickly as possible. They may hold a territory in the area, and will also know the best spots to forage for food and places to shelter from weather or hide from predators.

This wayward traveler is going to be transferred into the care of Toronto Wildlife Centre. Here he will complete his recovery under the expert care of our wildlife veterinarians and rehabilitators, until he is fit and healthy for release.

The opossum’s flight–arranged by an anonymous donor–arrives at Pearson International Airport tomorrow. From there he will be transported by a Toronto Wildlife Centre by one of our staff members. We hope he has a safe flight!

Although not common, Toronto Wildlife Centre has admitted a few “accidental travelers” over the years. Others include a yellow rat snake from Florida, a scorpion from Costa Rica, and a striped skunk from California.