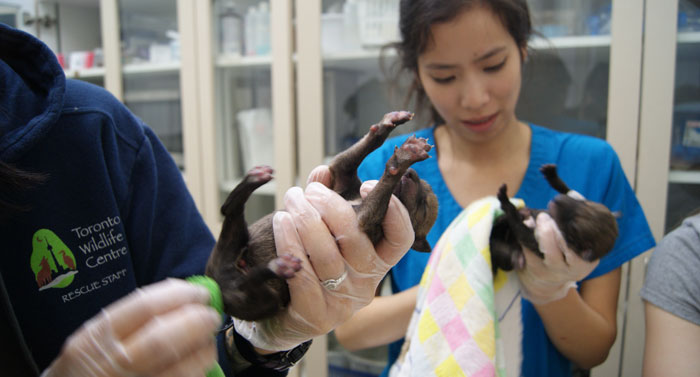 After more than five months in care, the orphaned coyote pups have finally gone back home.

They were found scattered in the grass next to a highway in Brampton. We don’t know how they got there, but speculate that the babies were removed from their den and dumped by the roadside. One died before reaching Toronto Wildlife Centre, and another, very tiny and in dire condition, died the next night. Two little males stayed in our care, and showed a lot of promise. Our staff members gave them gentle baths to remove the dirt and grime they were covered with when admitted. You can still see their umbilical cords attached. They were warmed and rehydrated, and a soft nest was made for them to sleep in. 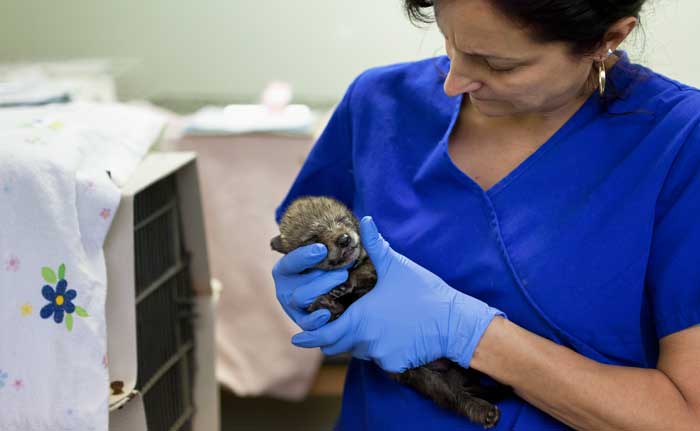 They needed round-the-clock care, which meant long hours for our wildlife rehabilitation manager Lisa. She fed them day and night, patiently dripping warm formula into their mouths. After a couple of weeks their eyes opened and they were transferred into foster care with a Toronto Wildlife Centre volunteer. A week after that, another single orphaned coyote was admitted, this time a little girl. She was around the same age as the other two, so they were raised together as siblings. By the end of May they were eating solid food and growing fast. Not long after, another two orphaned babies were admitted. The family had grown to five young coyotes, all being raised together at Toronto Wildlife Centre.

As the babies grew, the group was transferred to a larger outdoor enclosure in Rouge Park. The siblings spent lots of time playing with each other, chewing branches and digging in pans of dirt, and discovering how to be coyotes. When their food was delivered to them, they would alternate between being excited about their meal and making little growling sounds; just what young coyotes should do. They were becoming wild animals. 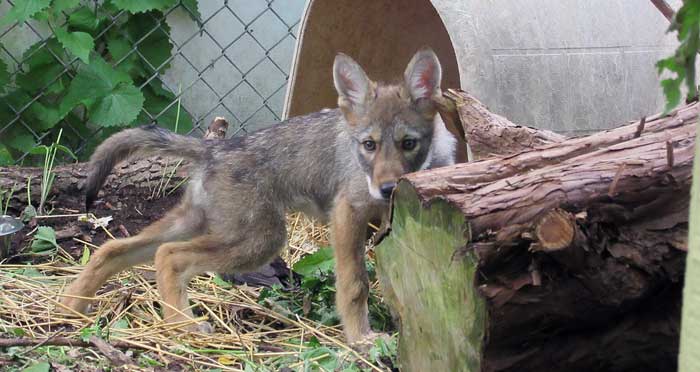 By August, they had outgrown their Rouge Park space and were transported to our coyote pre-release enclosure in a secret location up north. Here they could scavenge, hunt and den in an isolated space in the wilderness. Trailcams helped our team to monitor their behaviour without human interference, ensuring that the group was maturing and acting as wild canids should — timid and shy, but clever.

The happy day came on October 5th — they were finally ready to reclaim their place in the wild!

This couldn’t have happened without the huge outpouring of support for these orphaned pups. Thanks to everybody who made a donation and shared their story. Because of you, they were given the best possible chance for a healthy life in the wild!