The TWC team is reeling from the day yesterday. At this time of the year, animals flood in all day long needing help – but yesterday two of those admissions were particularly upsetting. 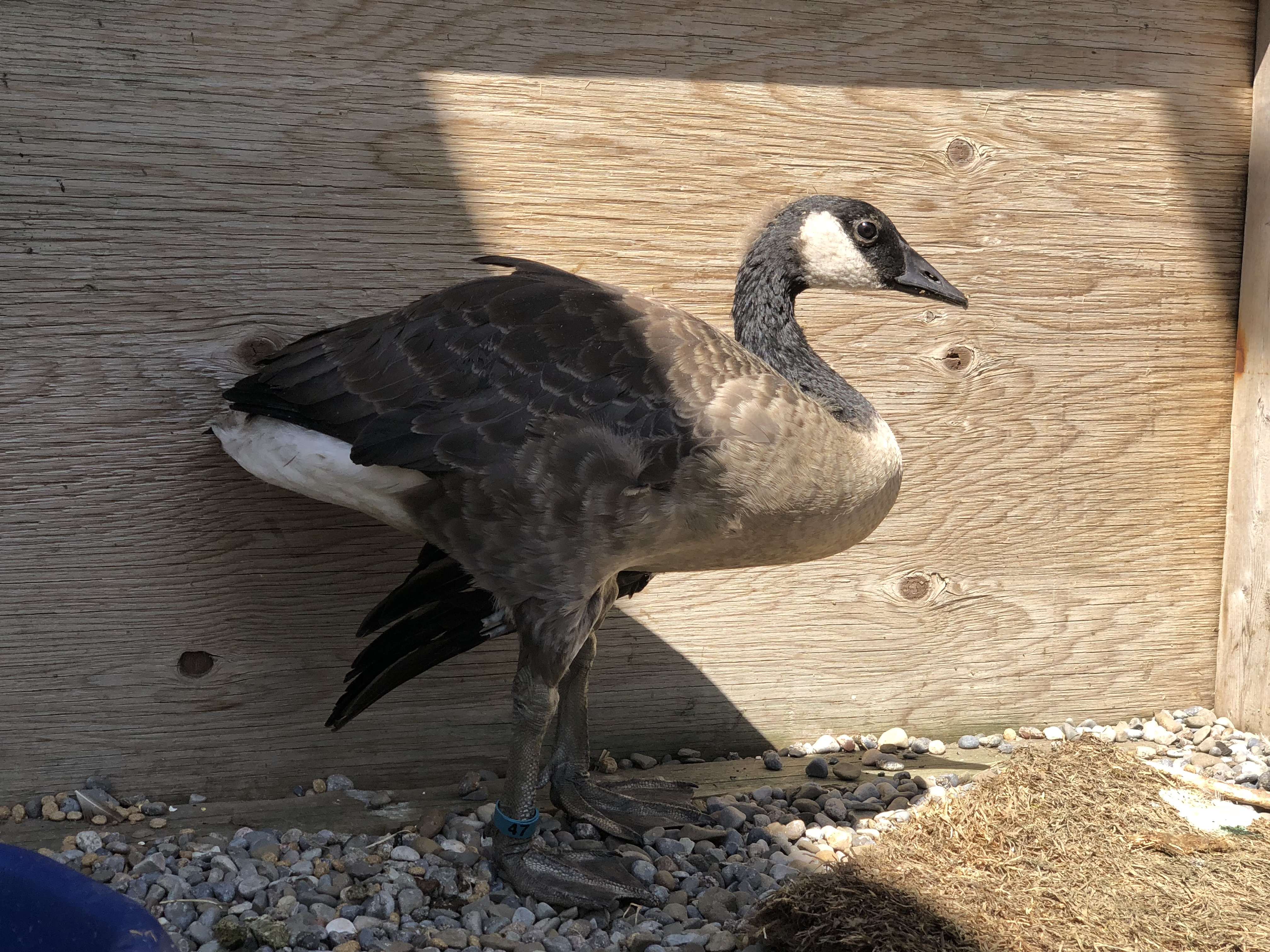 In the morning a Canada gosling was admitted. He was the sole survivor of an attack on a group of goslings on Clayson Rd. in the Wilson Rd. and Hwy 400 area. Fourteen babies had been viciously attacked and killed, their injuries too horrible to describe to you.

A fifteenth baby survived the attack, arriving at TWC injured and traumatized – presumably having seen all the other goslings slaughtered. He has two broken ribs and a puncture wound, and we are now providing him with care and medical treatment.

Police are investigating this awful situation and any information should be reported to the Toronto Police at (416) 808-2222.

Towards the end of the day 17 baby pigeons arrived, crammed into a hot, filthy closed box. Two babies had already died and were being trampled by the others. Many others were in respiratory distress. 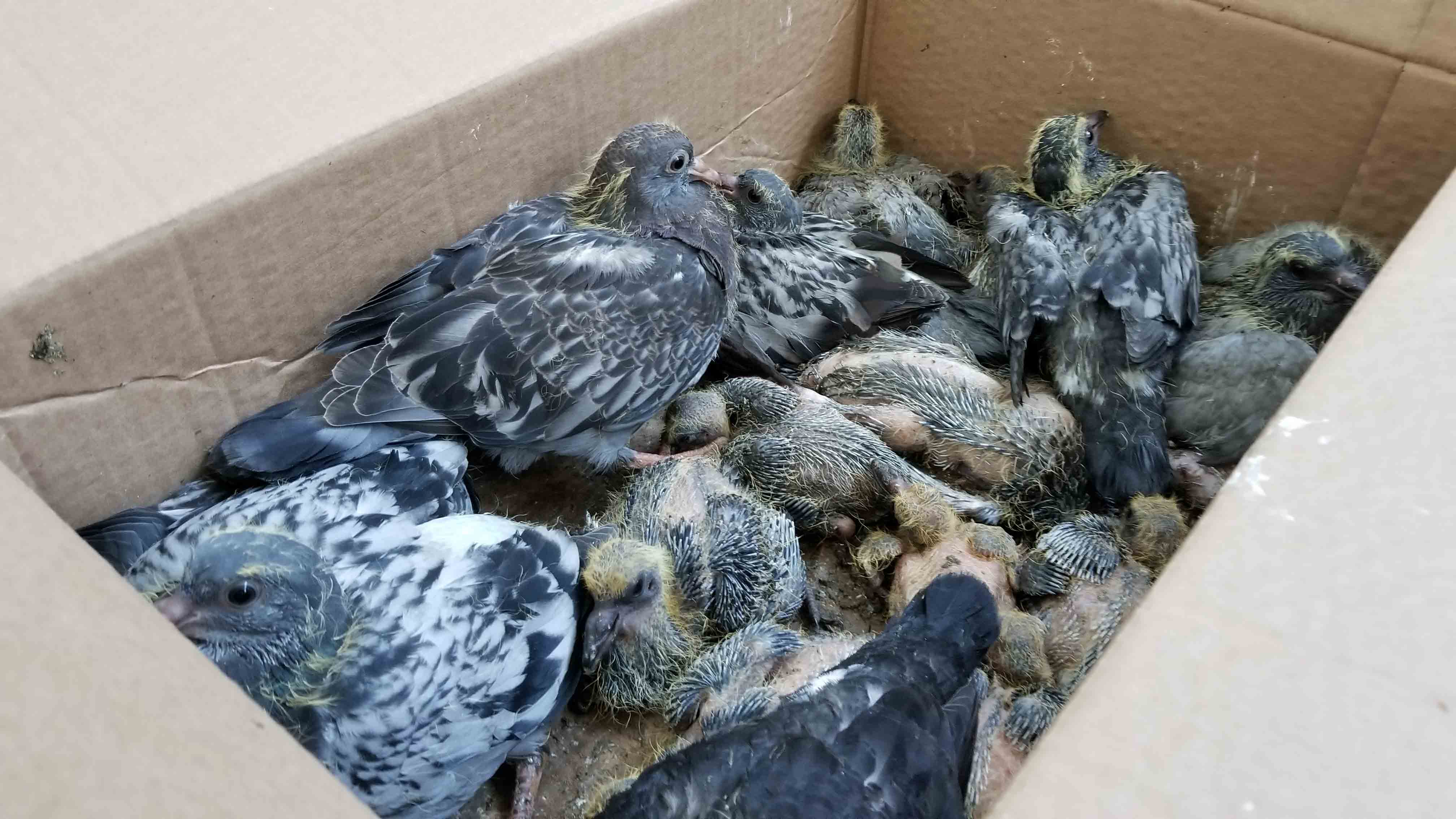 The babies, all with parents caring for them, had been “cleared out” from a bridge in the area of South Kingsway and The Queensway for construction work. The company, who we have now reported to cruelty investigation, is scheduled to work on another bridge next week. This is peak baby season for all wild animals.

Staff were here very late last night caring for the baby pigeons, who had to be stabilized and are too young to eat on their own. They must be tube fed a formula that simulates pigeon milk multiples times/day. 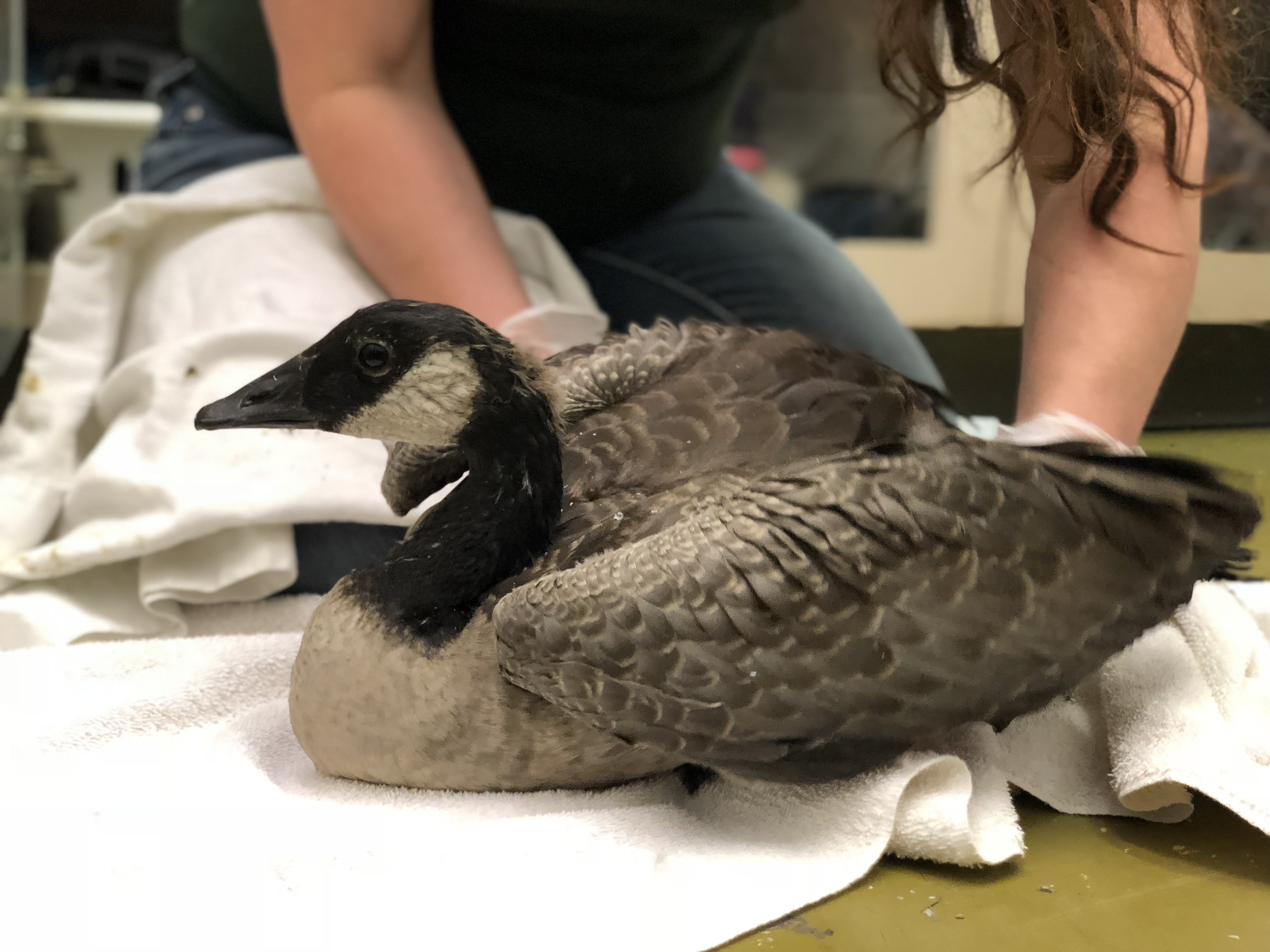 Please voice your concern to the City of Toronto by calling 311 or emailing [email protected] and let the City know that contractors hired to work on Toronto bridges must do so in a manner that is humane to any animals involved. Whether it’s a box of kittens or a box of baby pigeons, both are protected from cruelty under the Criminal Code of Canada.

If you would like to make a donation to help any of these babies affected by cruelty, we need all the help we can get! This is the busiest time of the year and it is a daily challenge to care for so many animals in need.