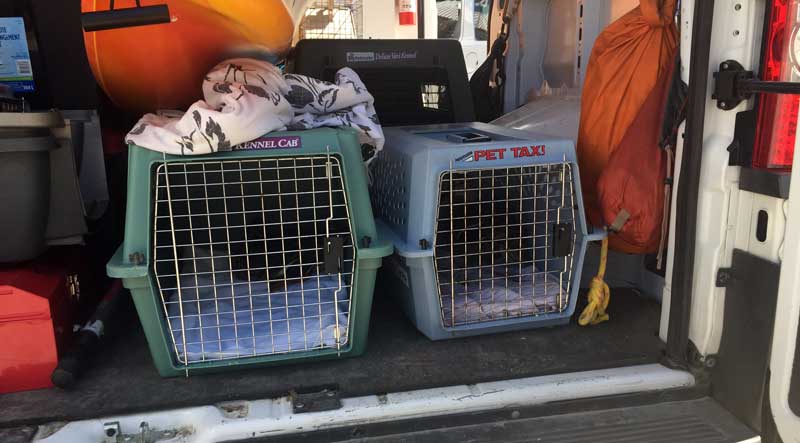 After 111 ducks covered in mineral oil were rescued from Mimico Creek earlier this month, the end of this environmental disaster is in sight.

The oil spill, originating from a truck which overturned late Monday July 13, leaked into Etobicoke’s Mimico Creek and eventually covered resident ducks in the slick substance. Rescue efforts by Toronto Wildlife Centre lasted days with wildlife rehabilitation staff and volunteers working into the wee hours of the morning, administering medical treatment and gently washing the oil from their feathers.

Thanks to a huge outpouring of support from the community with hundreds of people offering help and making donations, the ducks had a fighting chance. On July 16 the first of the oil-free ducks went back to the wild, and today the last of the group have been released. 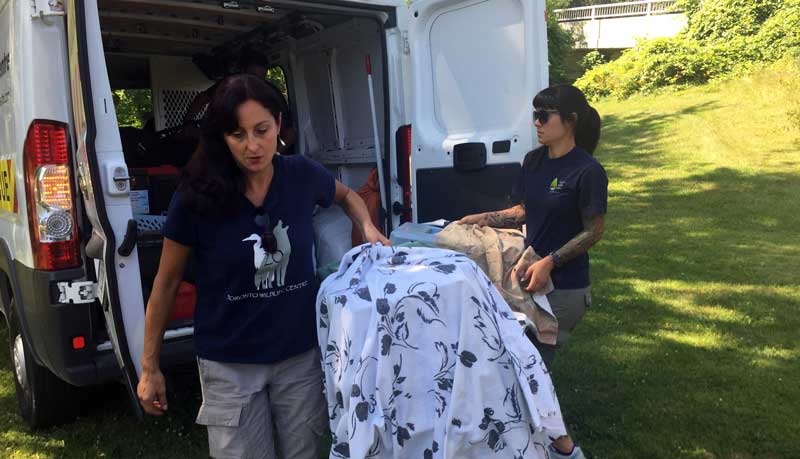 Unloading the ducks from the van

Bringing them down to the water’s edge, they were met by news teams and a few curious onlookers. The ducks quacked and shuffled eagerly in their carriers once they were in view of the water. It happened fast — the doors were opened and they were off!

But the adventure didn’t end there. One of the onlookers, Kouji Tomita, approached the rescue team. He comes down to Mimico Creek to watch and photograph the ducks every day, knowing many of them by sight. He tells Andrew (our rescue team leader) and Lisa (our wildlife rehabilitation manager) that he spotted another duck on the opposite shore a  couple hundred metres upstream, and it looked sick. 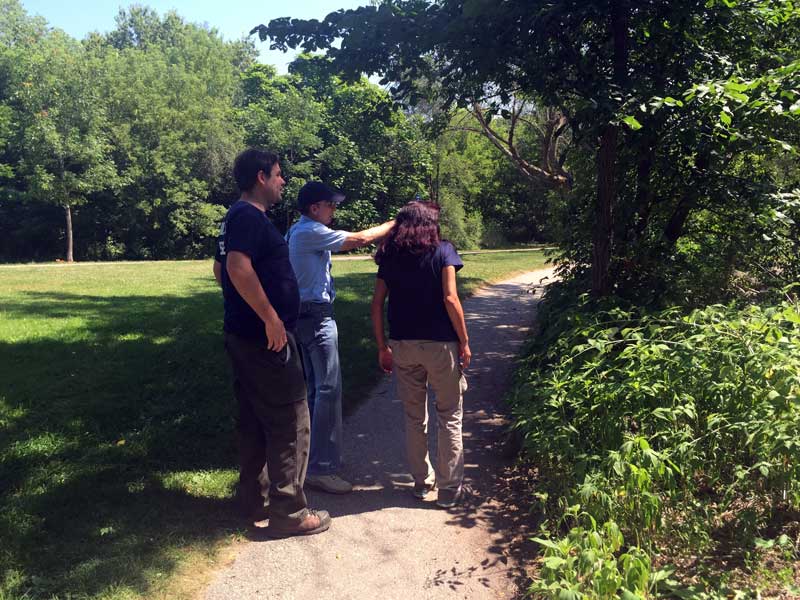 Kouji points out the sick-looking duck, laying on the edge of the opposite shore, to Andrew and Lisa

Andrew and Lisa followed him to where the duck was lying among the reeds. They agreed that the duck’s behaviour didn’t look quite right — he appeared lethargic and his feathers looked too dark. The whole rescue team sprang  into action. Andrew, Sarrah and Stacey put on their hip waders, grabbed their nets, and slowly began to surround the duck. 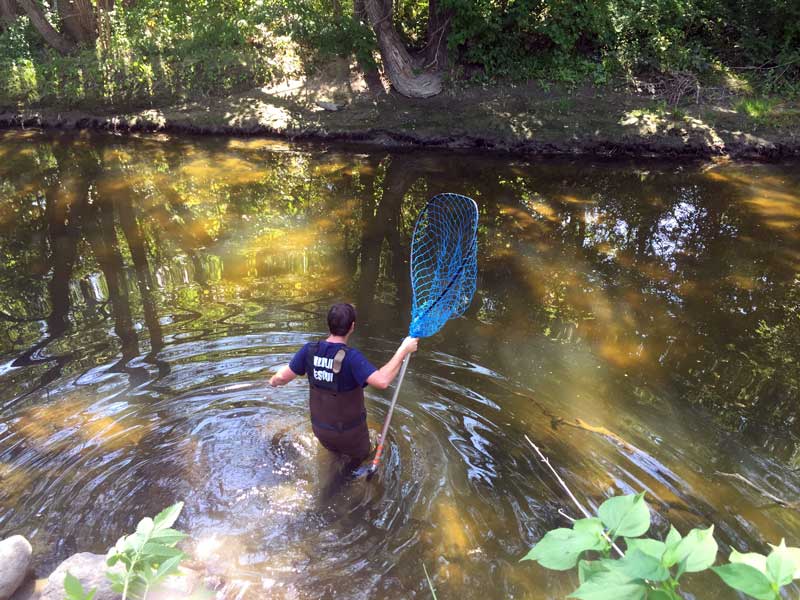 Andrew crosses the water with hip waders and a net. Sarrah and Stacey creep through the vegetation on the other side.

They moved slowly and deliberately, and were eventually within feet of the duck. Not knowing which way the duck would flee, all three rescuers stayed poised with nets in the air. 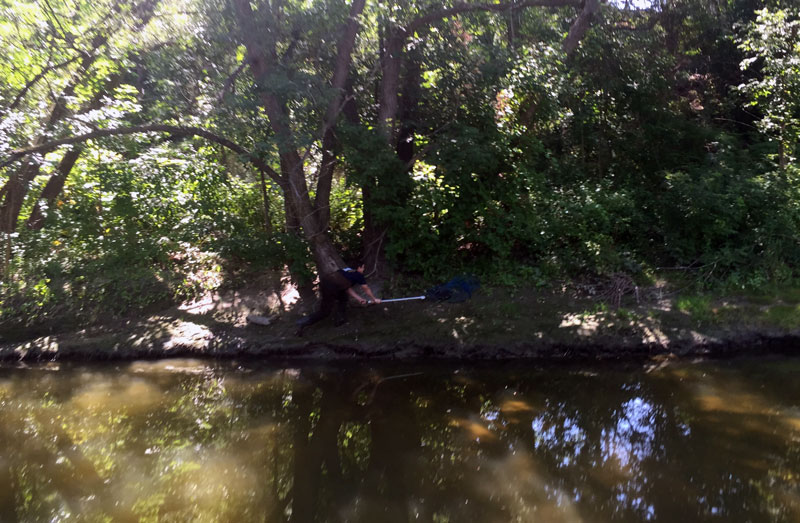 Andrew captures the duck in one fell swoop

The duck decided to run towards the water, and Andrew was ready! He netted the duck with one fell swoop, and then quickly freed him from the mesh. The first thing he yelled across the water was “he’s skin and bone!” Kouji was right; the duck needed help. Andrew made his way across the creek and handed the duck off to Lisa. 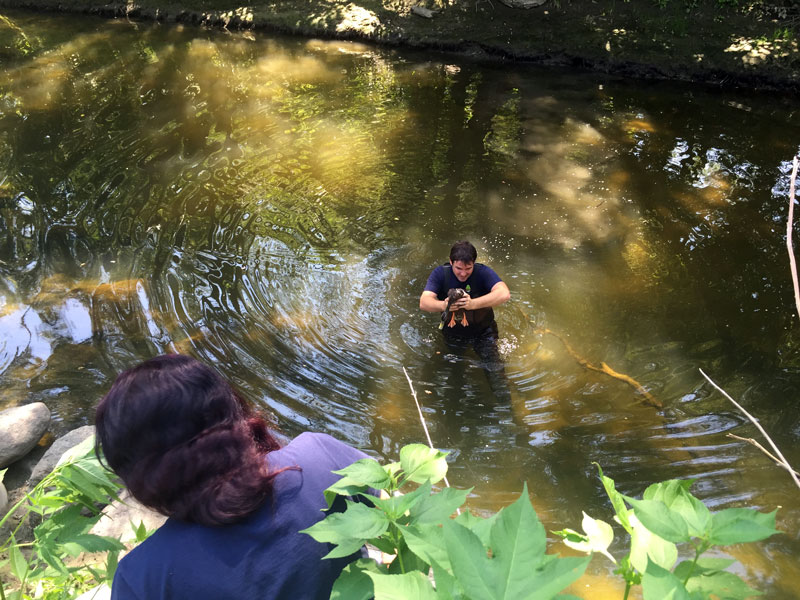 The little duck didn’t look good. He was skinny and had a bit of oil on his head. Lisa theorized that he had been oiled with the rest of the mallards last week, but was never found. So for a week he was preening oil off of his feathers and ingested a large amount of it, accounting for his poor body condition. 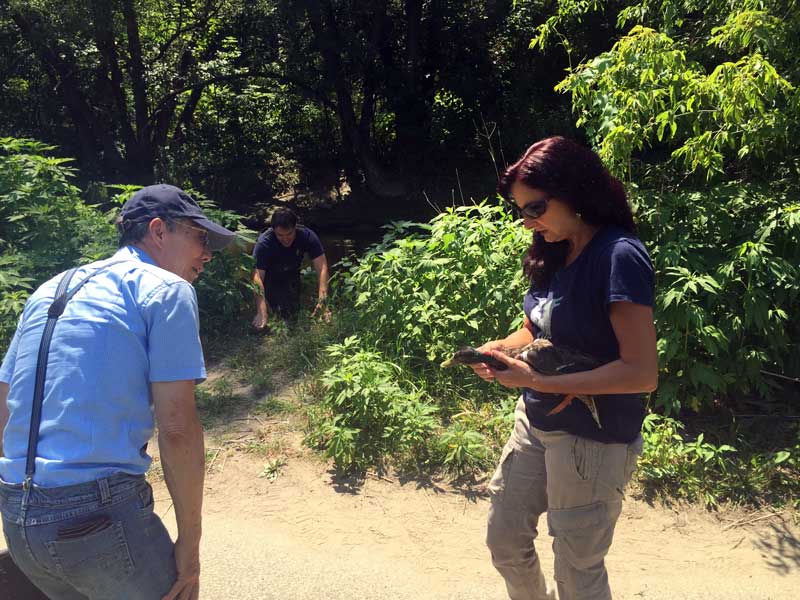 Kouji gets a closer look at the duck while Lisa feels his body condition.

The duck was rushed back to the centre. Here at Toronto Wildlife Centre he’ll have proper tests and treatment, and with luck (and our vet and rehab teams’ expert care care) he will eventually return to Mimico Creek to join his fellow clean mallards. If Kouji hadn’t spotted him, he would have never had a chance. 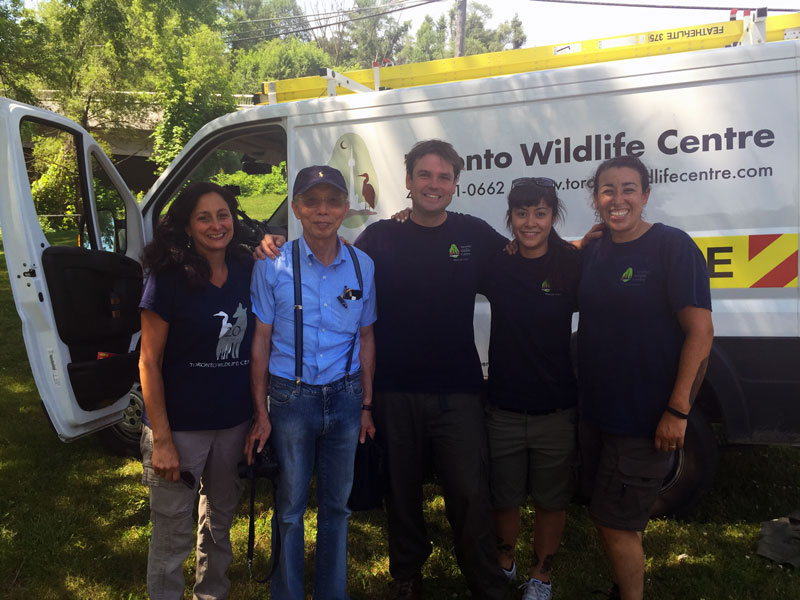 Lisa, Kouji, Andrew, Stacey and Sarrah made a great team!

Mimico Creek is now oil-free after extensive cleanup efforts by the city, so it’s safe for the ducks to be returning. You can still make a donation to help recover the major costs Toronto Wildlife Centre has incurred with this massive effort, and to help Kouji’s duck get all the care he needs.