On Sunday June 14th, Andrew and his rescue volunteers arrive on the scene and spot the mother right away, babies on her back and a large fishing hook embedded in her neck. 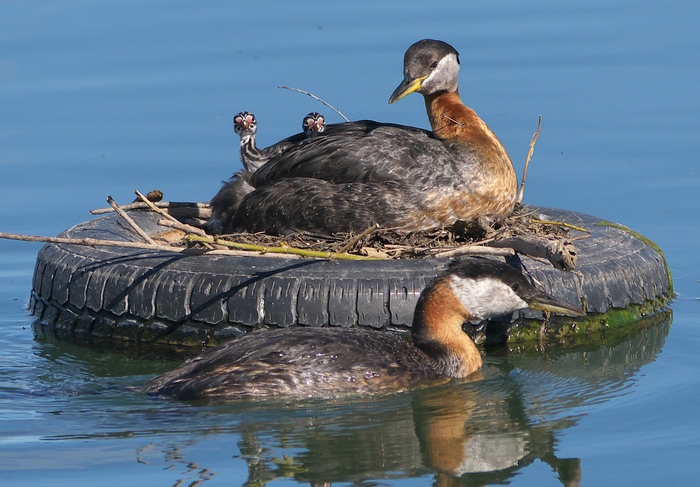 The red-necked grebe cares for her brood, despite the fishing hook protruding from her neck.

Grebes are diving birds and can swim extremely fast underwater. Even with a little one on her back, she won’t be easy to catch! To start, the Rescue Team set up a large net floating just under the water and Andrew uses the kayak to maneuver her towards it. But she’s too quick, diving underneath the net and emerging close to the dock between two boats. 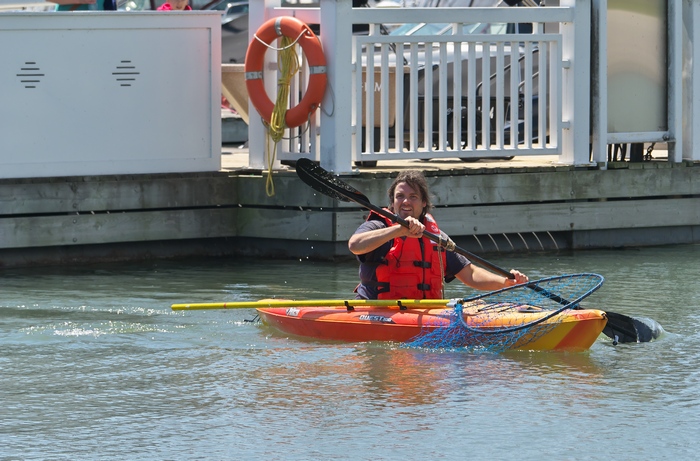 Andrew in the kayak

But Andrew doesn’t skip a beat—he hops out of the kayak and onto the dock, striking from above and netting the bird in one fell swoop before she has a chance to dive again. 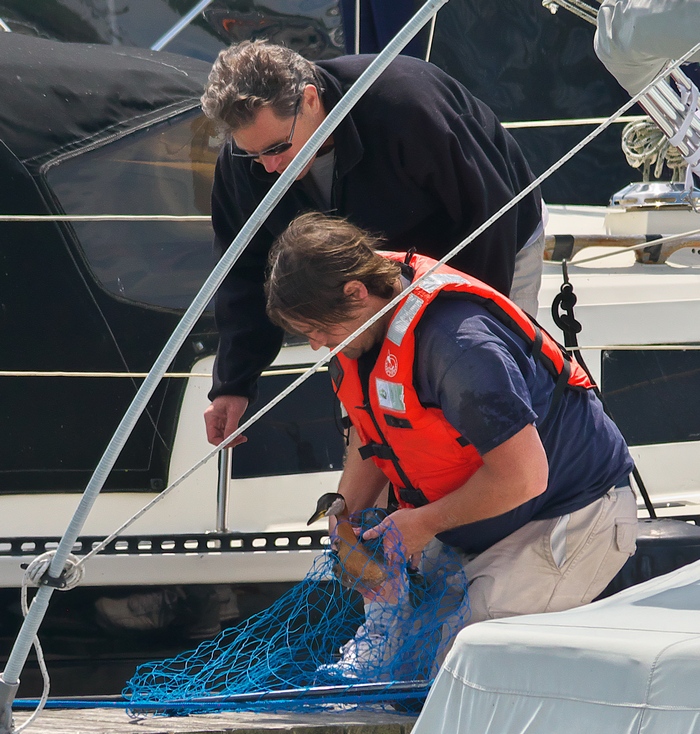 Andrew carefully untangles the mother grebe from his net.

After untangling the grebe from his net, Andrew takes her onto land so he can assess the damage from the fish hook. But first, he carefully carries the baby back to the water to rejoin its family. 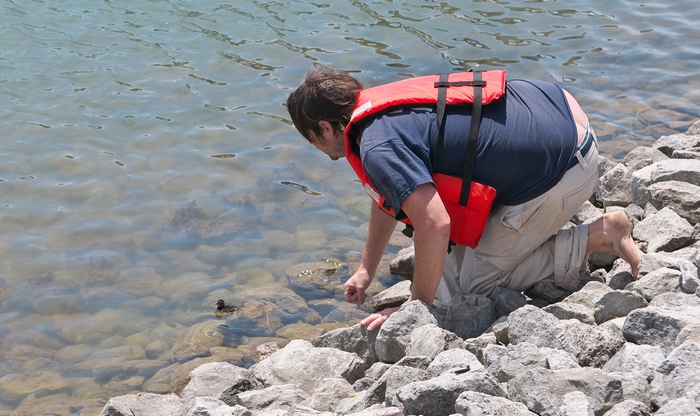 Andrew releases the baby at the edge of the water near its father who calls to it. The baby swims over and climbs onto dad’s back.

Happily, the fish hook was not embedded too deep and could easily be removed. She would not need medical treatment at Toronto Wildlife Centre, and could return to her family. 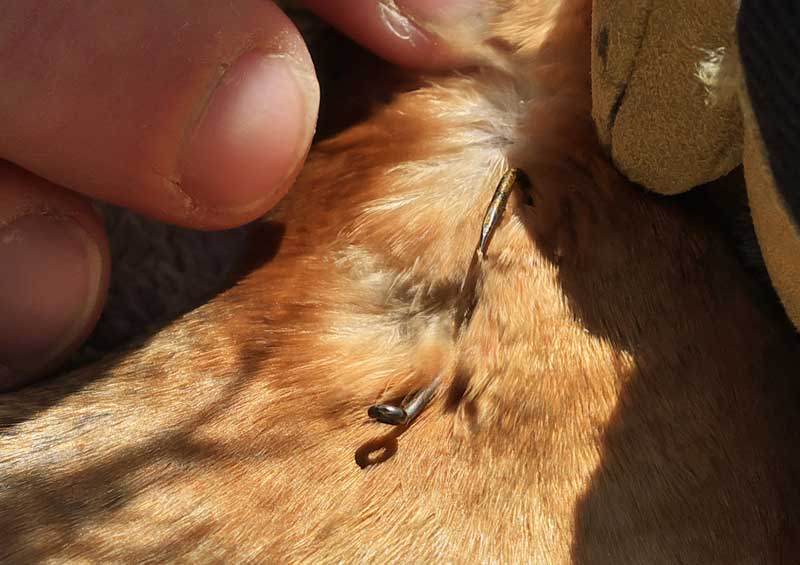 The fish hook in the grebe’s neck.

The fish hook is cut and removed.

Rescue volunteer Chris McConnell takes the mother grebe back to the water’s edge and sets her free. 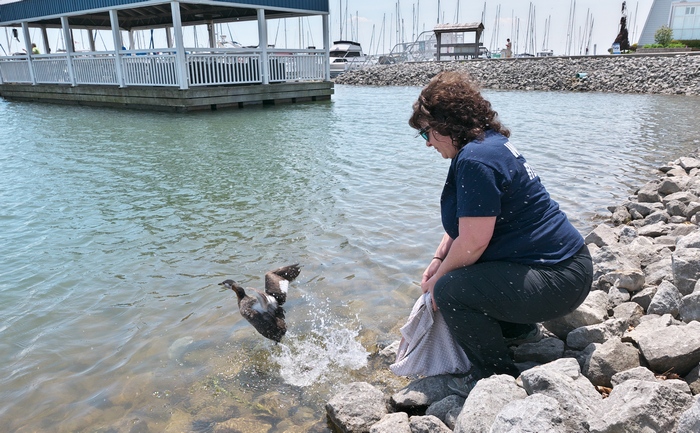 And they’re a family once again. 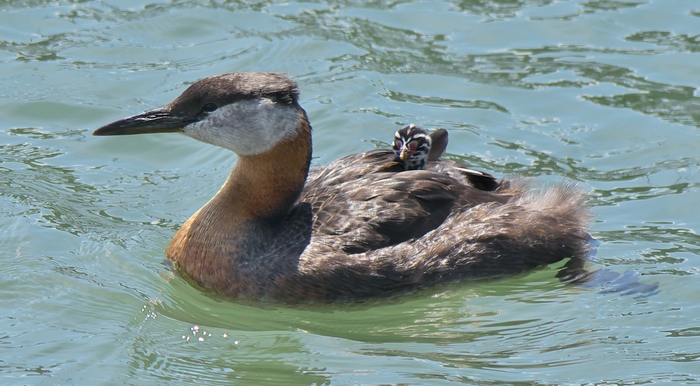 Back on the water and hook-free.

After 3 hours on the water, the Toronto Wildlife Centre Rescue Team celebrate a job well done. 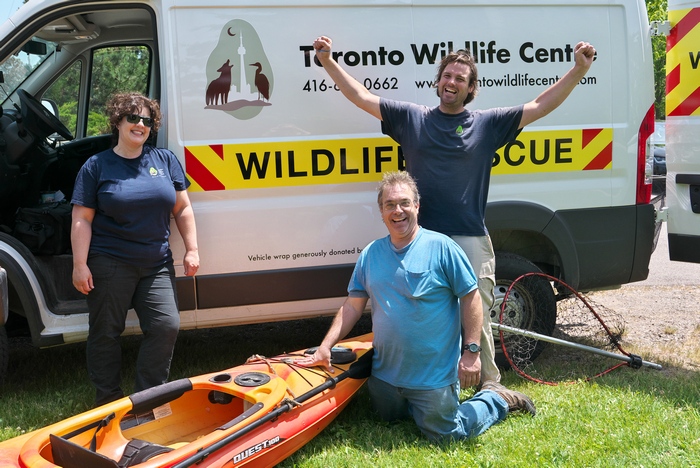 Always clean up your fish hooks and string. And if you see any around your local pond, river or lake, pick them up—you could be saving a life.