Have an extra WILD Valentine’s Day!

Sending lots of love to our human, feathery, scaly and furry friends alike!

Today is Valentine’s Day – and we know what that means for us humans!

Whether spending time with a special someone, friends or family, today is a day for celebrating love and relationships. But have you ever wondered about the special bonds that can spring up between wild animals? 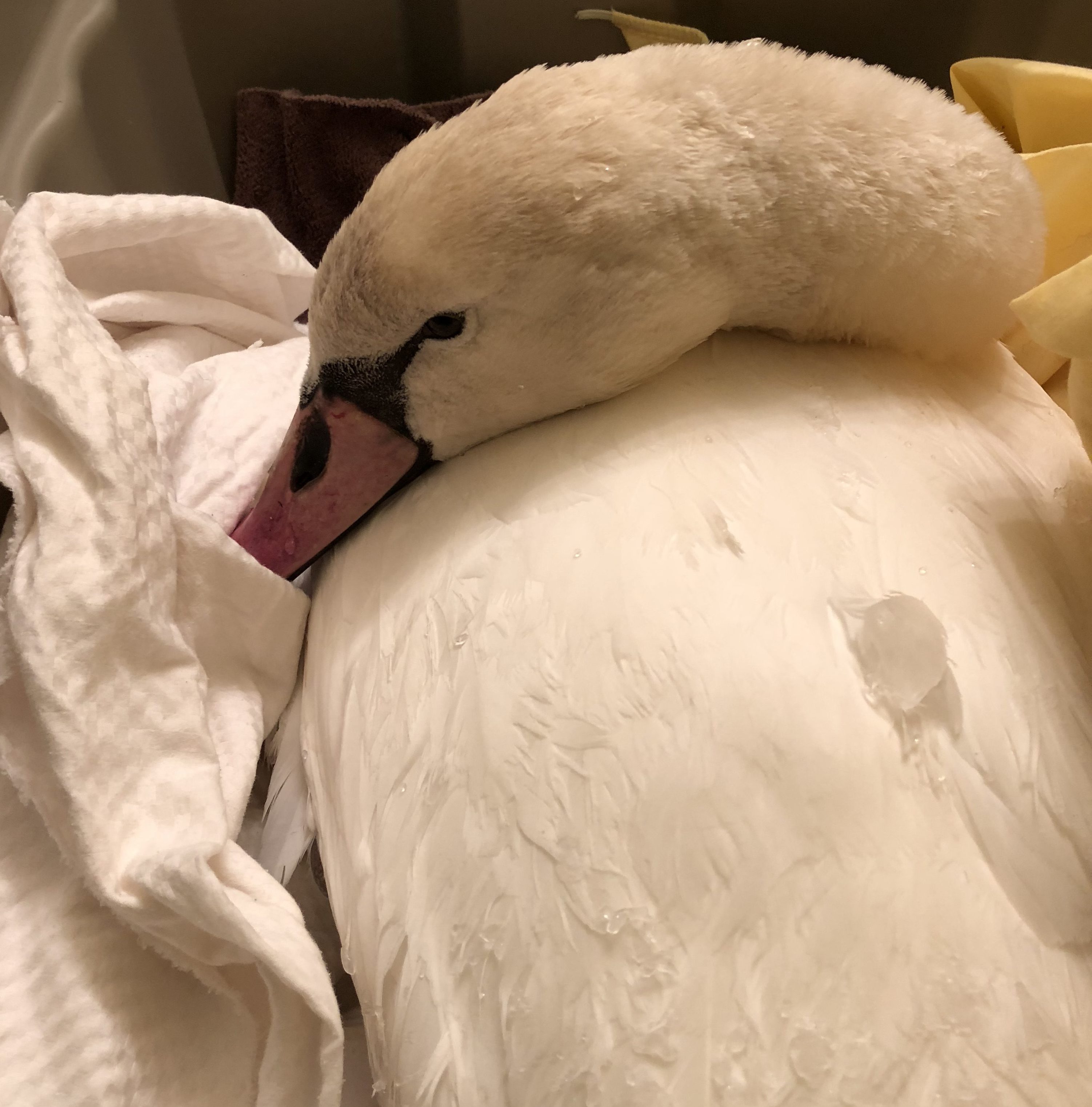 While Valentine’s Day might not be recognized by the animal kingdom, there are certainly special relationships within it! There is a great variety of courting and breeding habits among wild animals – from white-tailed deer and coyotes in heat, to snapping turtles and northern cardinals ready to lay eggs – each species have their own unique behaviours.

In January, TWC admitted a young mute swan who was found sitting on the ice of Frenchman’s Bay in Pickering for almost two days. The poor bird was dehydrated, thin and so weak he could barely lift his head, let alone fly. But he’s since been recovering well while in care, slowly gaining weight and strength. Spring – the baby season for wildlife – is coming soon and once he’s back in the wild what do you think his love life will be like? 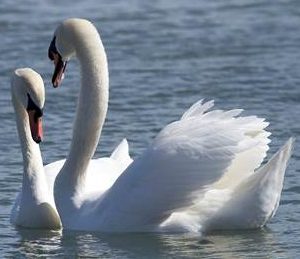 Mute swans form long-term bonds with one another; a reputation that has established them as a symbol of love in many cultures! Despite popular belief however, they don’t necessarily remain committed forever – they stay together until “death do us part”. If one passes away, the other will find another usually younger member of the opposite sex and the new lover will join the widow(er) in its pre-existing territory. Now that’s a great catch!

Unlike swans, red foxes can be a 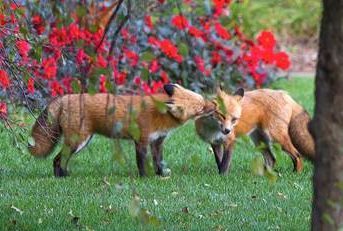 bit more scandalous. Come early winter, red foxes will spend about 2 weeks in courtship, hunting and playing with each other. The pair will usually remain monogamous for the season, though on rare occasions males may sometimes mate with two different females! The vixens will then den near one another while the father brings each set of kits (baby foxes) their meals for the first few weeks. Red foxes are known to mate with the same partner in the following years too. Their relationship status can be a bit complicated. 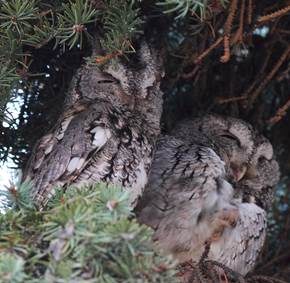 Eastern screech-owls on the other hand (or talon?) are enduring lovers. Look at these two, peacefully enjoying each other’s company! These small birds of prey are known for committing to monogamous relationships for life (but, like the mute swan, will accept a new mate if a partner passes away).

These feisty little birds have an intricate courtship ritual: the male will approach the female, calling from different branches until he is close to her. He’ll then swivel his head, and will even slowly wink one eye at his sweetheart. If she accepts him, she moves in close and the pair will touch bills and start to preen each other.

As we can see from our wild counterparts, there are so many ways to show love… good luck with whatever wild courtship rituals you have planned this Valentine’s Day!