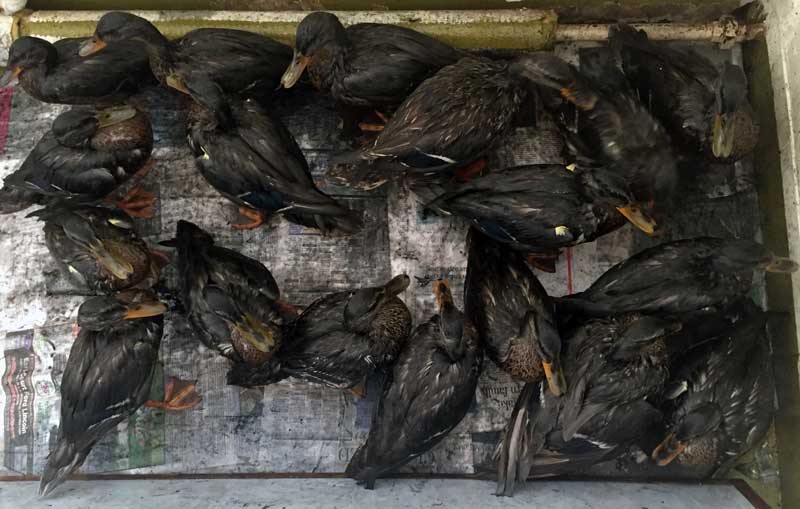 More than 100 ducks covered in mineral oil have been rescued and brought to Toronto Wildlife Centre.

The oil is believed to have come from a truck that crashed at Highways 401 and 427 on Monday night, leaking into Mimico Creek and eventually covering the ducks. 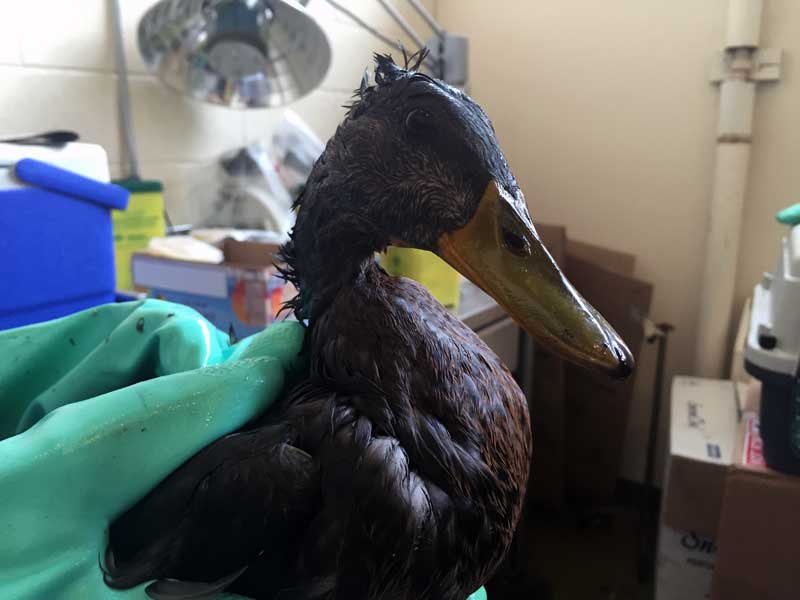 One of the 60 oiled ducks admitted to Toronto Wildlife Centre

Toronto Wildlife Centre’s rescue team was dispatched to the scene, capturing duck after duck coated in the slick substance which can destroy the birds’ waterproofing and wreak havoc on their digestive system as the birds try to preen the oil off of their feathers. 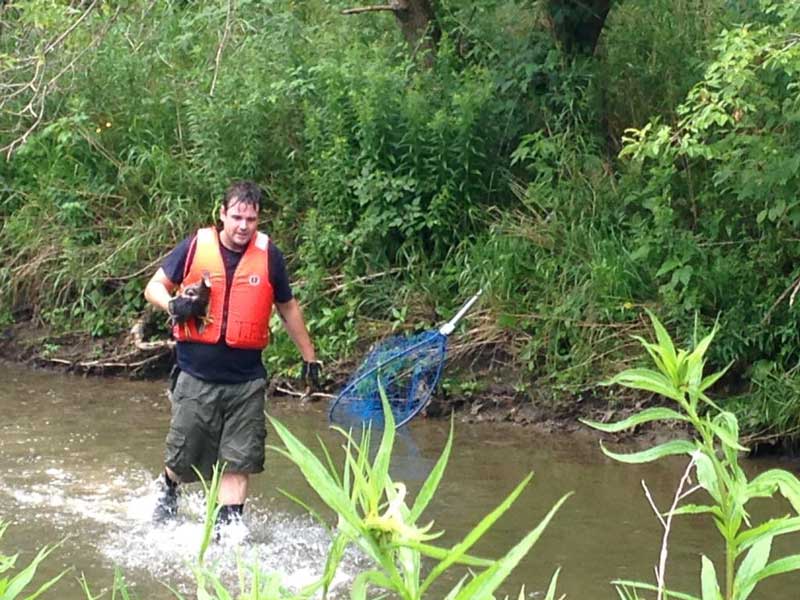 Andrew carried an oiled duck back to the rescue van, where it will be transported to Toronto Wildlife Centre for treatment

Meanwhile, staff at volunteers at the centre scrambled to set up assessment and washing stations for the birds. One by one, each had their mouths cleaned out, were given a dose of dextrose, and were tubefed charcoal to absorb elements of any oil that was ingested. Then the bathing began. 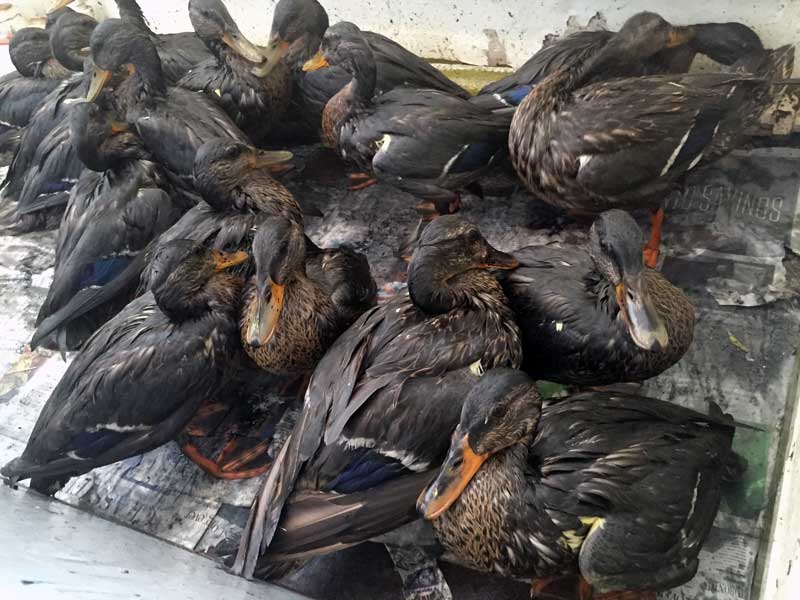 Oiled ducks waiting for their turn to be washed

We start with a flash bathing to get them stable and to get the worst of the oil washed off. But over the next few days, each duck will need multiple baths to completely clean the substance from their feathers and to ensure that they’re good and waterproof before going back to the wild. 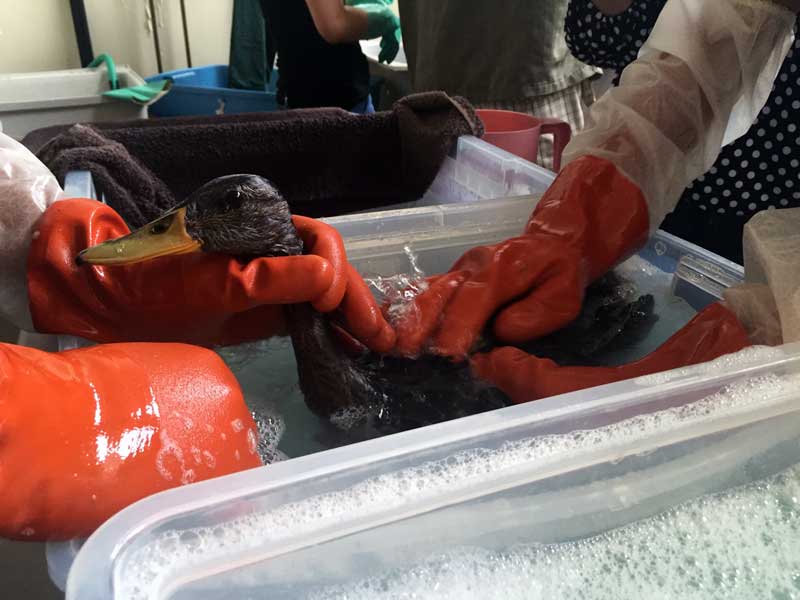 Back at Mimico Creek, rescue efforts will continue over the next week. The city has set up booms to keep the oil from spreading, but more than 8km of the waterway has been contaminated so far. Dozens more ducks are expected to be brought into Toronto Wildlife Centre for treatment. 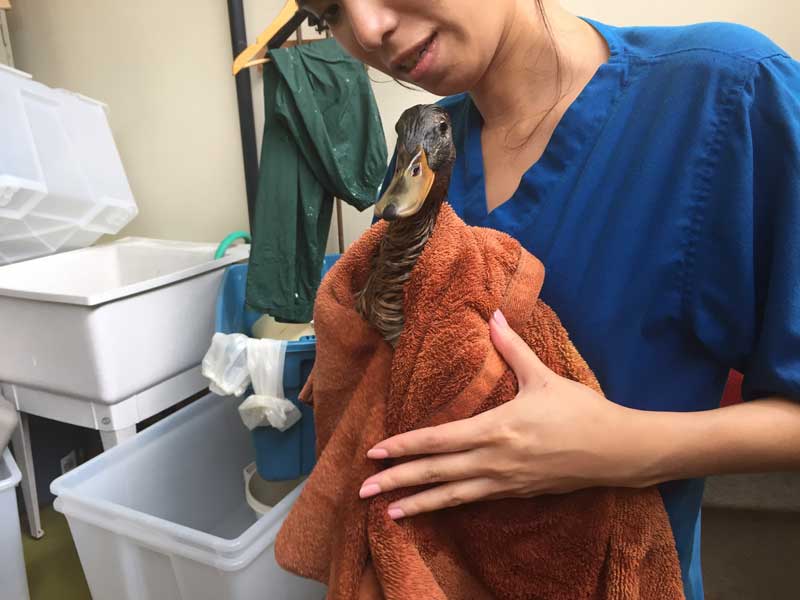 A duck is dried off after his first bath

Locals residents are concerned about how the oil spill will affect their wild neighbours, one woman even walking several kilometres along Mimico Creek to bring a donation of towels and soap to the rescue team. “I saw the story on the news and it broke my heart,” she said, “I wanted to help in any way I could.”

You can help with the ducks’ care by making a donation.