Calling all Torontonians, we urgently need your help!

Home » Blog » Calling all Torontonians, we urgently need your help!

Your phone call could be what makes the difference!

Thank you so much for all you do to help wildlife by supporting Toronto Wildlife Centre’s work!

Would you consider also helping by supporting our requests for assistance from the City of Toronto? Could you please take a few minutes to phone and/or email your city councillor as well as the mayor?

Toronto Wildlife Centre (TWC) is the busiest wildlife centre in the country, the only wildlife centre in Toronto, and runs entirely on donations; a situation which is very challenging. Since 1993 we have been struggling to meet the enormous needs of the community for our services. 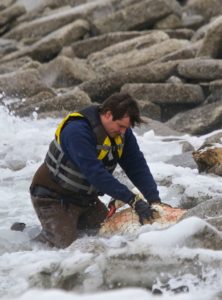 As you know, those services include a wildlife hotline, a full veterinary hospital and rehabilitation program to help sick, injured and orphaned wild animals, a specialized rescue program and a variety of initiatives to educate and inform people about native wildlife.

We are currently in the planning stages for building a fantastic permanent facility in the Rouge National Urban Park which will provide stability for our programs and the capacity to help the community even more. The need for this is urgent since our current building has been slated for demolition and we must move.

Despite the majority of our work taking place in Toronto, despite city staff referring calls and difficult rescues to us regularly, and despite us approaching the City for funding help since 2001, we have never received any funding assistance from the City.

Proposals to the City are being put forward as part of the 2017 budget process for:

Your help by making a phone call (best) or sending an email (or both!) to your councillor as well as the mayor will have a great impact on the votes on these important proposals to help wildlife. I’ve been told that if a councillor gets even 5 phone calls on a particular issue, they take notice. Your one phone call could make all the difference!!

Click here to find out who your councillor is.

Some speaking points you could consider:

The decision on these proposals will be made at the council meeting on Feb. 15th and 16th so your help is needed urgently. Thank you in advance for your help!

If you have questions or would like to discuss this with me, please get in touch.

p.s. If you know others in Toronto who care about wildlife like you and I do, please encourage them to call their councillor and the mayor as well. We need all he help we can get!