Releasing a wild animal is an exciting part of wildlife rehabilitation. But it’s more complicated than it sounds.  Factors, including habitat, age, and when the species is naturally active (bats and opossums would be released at night, for example) must be considered.

But when it was time to release a young turkey vulture, originally found covered in mud, thin and dehydrated, the rescue team had an additional challenge. Turkey vultures migrate in groups (kettles) and it would be imperative to release him close to a kettle, but first they would have to find one! If they weren’t successful, the turkey vulture who was too young to make it alone, would need to spend the winter in care.

Our aim was to find a kettle of at least 3 vultures in one spot. Sarrah and her mom drove around in their car while Andrew and I drove around in the rescue van searching the sky. Like vultures, we scavenged the escarpment area for about an hour before finally coming across 3 turkey vultures soaring above us. 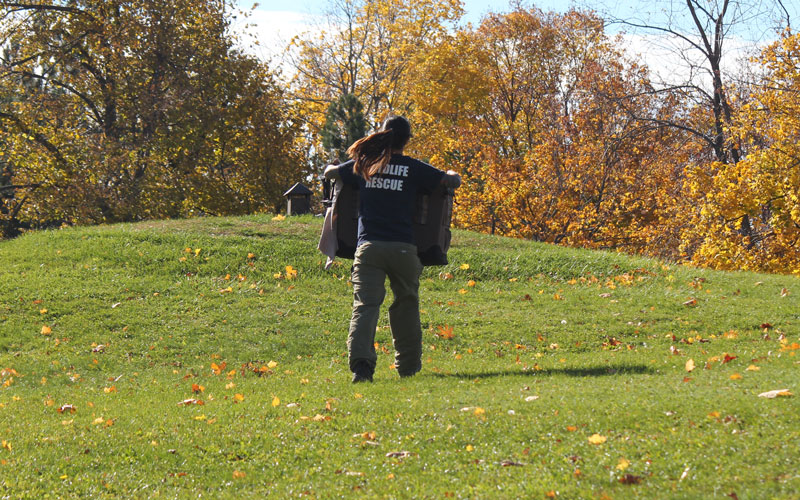 We raced up a hill and found an open area with an elevated area perfect for release. (An elevated area gives them a bit of a head start to gain lift in the air). 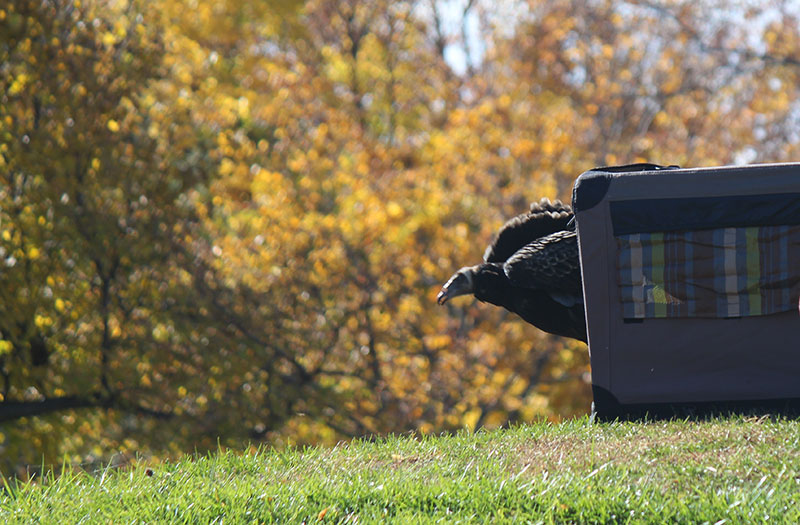 We only had a few birds in our sights overhead when he stepped out of the kennel, but as he was circling and gaining height, more and more birds appeared and suddenly there 9!

It couldn’t have been more perfect.

We watched until he disappeared into the horizon along with the others. 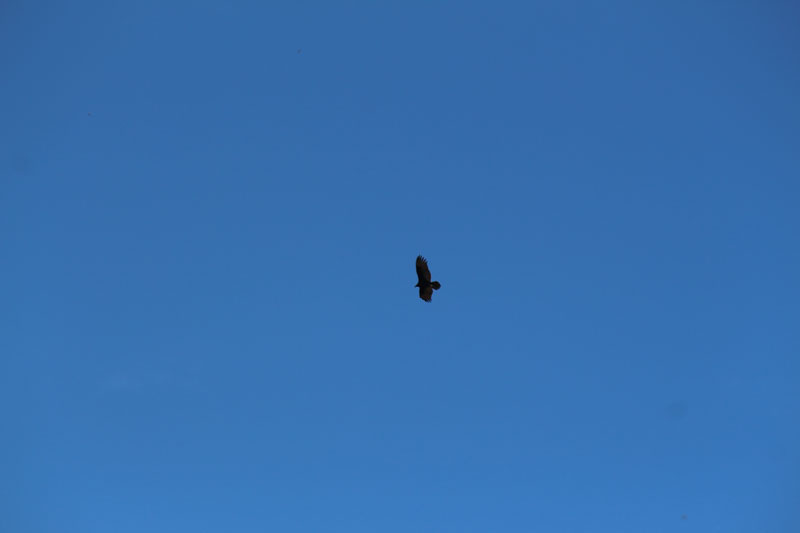